in Great Britain, United Kingdom · about Transportation
Can you believe there's been a whole century of commercial airline flight? We all know about the Wright brothers' historic flight in 1903, and in a little more than a century since that shaky flight, look how far air travel has come!
After the fabled use of airplanes and the first Air Forces launched during the First World War 1914-1918, countries clamored to make air travel mainstream. A host of airlines launched in the decade following, some of which are still flying passengers around the world today.
British Airways lays claim to being one of those very first airlines still in existence today, with 2019 marking its inaugural London to Paris flight of the airline that would become British Airways.
If you're curious, BA's debut was pre-dated by only one airline. Air France launched just months before its British counterpart. And two more airlines celebrate their centenaries in 2019: Dutch KLM, as well as Colombian airline Avianca. Their launches pre-date the first US airlines by a few years. 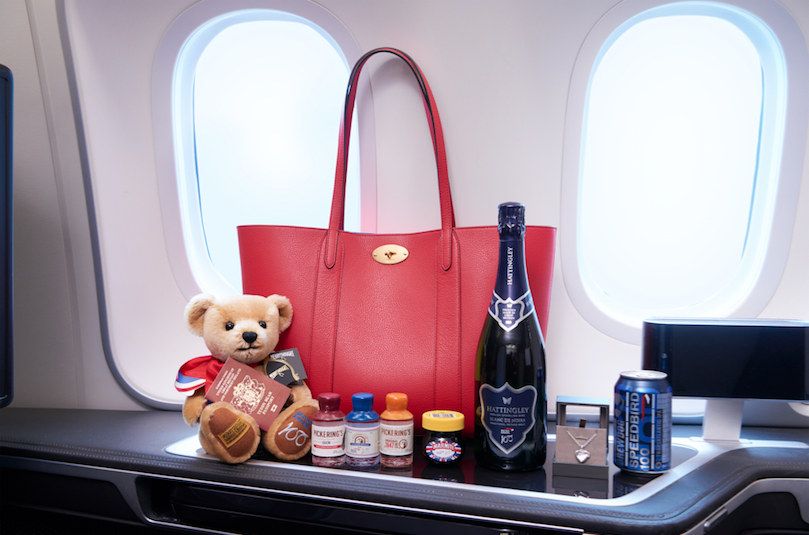 The airline is celebrating its centennial year as only the British can, in partnership with essential British lifestyle brands and experiences. Partnerships include Scottish craft brewer BrewDog, who created a transatlantic IPA for BA customers, and Fife-based distillers InchDairnie, who have created a limited-edition whisky.
British Airways has also teamed up with that iconic, love-it-or-hate-it delicacy Marmite, with a centenary-themed jar. Believe it or not, British Airways has revealed that Marmite is the most confiscated brand at England's airports' security! So the travel-sized jar of Marmite is conveniently sized to fit within liquid carry-on allowances.
In addition to celebrating English culture on their anniversary, British Airways is also investing £6.5 billion in re-imagining its air travel experience over the next five years, including new aircraft, a new business class seat, new cabins, new catering, new lounges, WiFi, and new routes.

Then the airline added a high-style twist to its centenary year celebrations years in the making: launching its own English Sparkling Wine.
France may be the birthplace of champagne, but English Sparkling Wine has surprisingly taken 'flight' recently. And now, passengers can raise a glass of award-winning English winery Hattingley Valley's bubbles to toast BA's anniversary as well as their own travels.

The wine is a 2015 sparkling Blanc de Noirs, developed over the last few years in collaboration with British Airways' own team of wine experts to create a wine that will 'work perfectly at altitude'.
The grapes were hand-harvested, gently pressed and processed in the traditional French champagne method, with the winery's signature touch of fermenting a portion of the wine in oak barrels, before being bottled at Hattingley Valley’s winery in Hampshire.
The British Airways English Sparkling Wine will be exclusively available to BA passengers beginning summer 2019. It marks the first time the airline has ever served an English Sparkling Blanc de Noirs on board its aircraft.
You can taste this one-of-a-kind premium sparkling wine in British Airways’ First cabin as well as the airline’s flagship lounge, The Concorde Room in Heathrow Terminal 5, from July 1.

Photos: British Airways
Copyright BestTrip.TV/Influence Entertainment Group Inc or Rights Holder. All rights reserved. You are welcome to share this material from this page, but it may not be published, broadcast, rewritten or redistributed.

Please, Signup or Login first to write a comment

The Return of a Legend: Singapore's R...

It's one of a handful of heritage hotels around the world...

You may only listen to classical music once in a while, b...

You may never have heard of the small Bavarian village of...